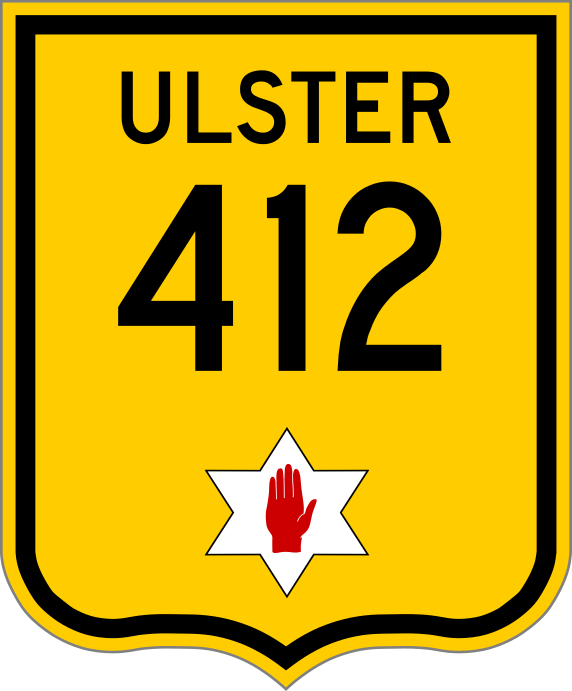 Ulster National Route 412 is an east-west highway serving the provinces of Great Bend and Ballconnell. It runs east to N36 near Fort Parliment, BA, then heads west to Cullham City, GB, ending at the Svenstark border, before having a junction with N202. It was constructed in 1910 as the Ulster Cross Country Highway System was established. Expressways would later be constructed in the 40s, 50s, and 60s. In 1921, a proposal was introduced to remove N34 and extend N412 to meet with N47 near the small village of Douglas, north of Terra del Cibo.

Major Cities Back to Ulster