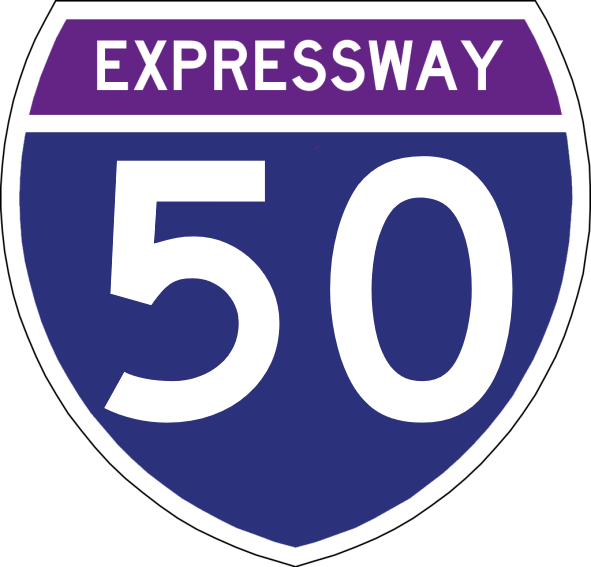 Expressway 50 was built in 1963 as part of the Empire Expressway Act of 1961. It was intended to connect New Dune and East Desertlands to Expressway 30 in Central Terre de Prospérité. It has 4 auxiliary expressways: E-150, E-550, E-650, and E-850 with the missing numbers being planned but never completed or started. E-150 goes from Rural Baie Township (north of Brunswick) to Halifax, TDP. E-550 goes from an interchange with the Desert to Desert Expressway and E-50 in South New Dune to the Royaume du Lac border in Frontiersville, DL. E-650 and 850 are both routes that cut through Downtown New Dune. 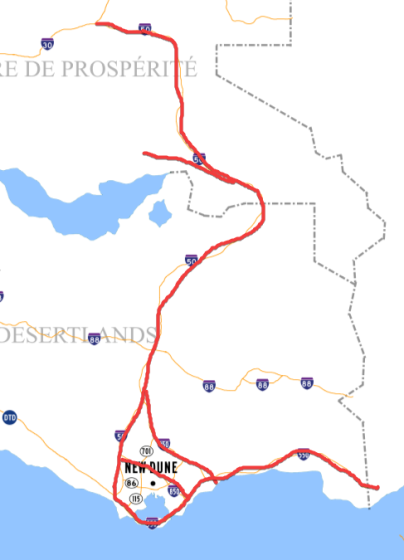 Map of Expressway 50 (including auxiliary routes)